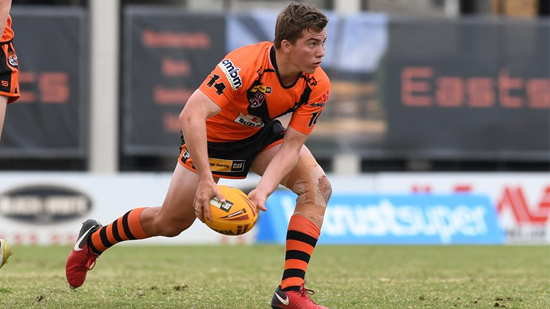 Wynnum Manly Seagulls 36 def. Ipswich Jets 18
Wynnum Manly returned to the winner’s circle in Round 13 with an 18-point victory over Ipswich. The Seagulls led 24-12 at half time, with the Jets cutting the lead to just six in the 53rd minute before two tries in three minutes pushed Wynnum’s lead to 18. Seagulls’ hooker Zane Wallace scored a double in the win. The loss was Ipswich’s seventh straight.

Mackay Cutters 40 def. Western Mustangs 6
Mackay extended their winning streak to five games with a dominant 34-point win over the Mustangs in Toowoomba. The Cutters, who led 18-6 at the break, ran in seven tries to seven different try scorers. Mackay have now solidified themselves in the top 8, while the Mustangs have lost four in a row.

CQ Capras 16 def. Northern Pride 8
Central Queensland recorded back to back wins after defeating the Pride by eight points in Cairns. The Capras jumped out to a 16-0 lead early in the first half, which included a double to centre Ryan Franks. Pride winger Brandon Jackonia added two tries himself but it wasn’t enough in the end. The win leaves the Capras just two points outside the top 8.

Easts Tigers 32 def. Burleigh Bears 12
Easts snapped their two-game losing streak and ended Burleigh’s seven-game unbeaten run with a 20-point victory at Pizzey Park. Trailing 12-6 shortly after half time, the Tigers turned it on in the second half, scoring 26 unanswered points on their way to the win. Easts’ centre Solomona Faataape scored a hat trick in the victory.

Norths Devils 32 def. Redcliffe Dolphins 20
Norths ended a three-game skid with a solid 12-point victory over rivals Redcliffe at Bishop Park. The Devils controlled the match, leading 20-4 at half time and later 32-10 with 20 minutes to play. Redcliffe crossed twice late to add some respectability to the final score line. Devils’ duo Jack Paterson and Sosefo Filipine both scored doubles in the win, which moves them back into fifth.

Tweed Heads Seagulls 30 def. Sunshine Coast Falcons 14
Tweed made it three wins on the trot with a a convincing 16-point victory over the Sunshine Coast. The Seagulls took an 18-4 lead into the break before the Falcons cut the lead to four in the 50th minute. Tweed regained control in the final 10 minutes, scoring two tries. The win moves Tweed into sixth, while the Sunshine Coast drop to eighth heading into the bye.

Townsville Blackhawks 44 def. Souths Logan Magpies 12
Townsville are within one point of first place after a dominant 32-point win over Souths Logan at Davies Park. Their third straight win, the Blackhawks were largely untroubled, as they ran in eight tries. Halfback Adam Cook scored two of those tries and added six goals. The loss was Souths Logan’s second consecutive and leaves them in 11th on the ladder.